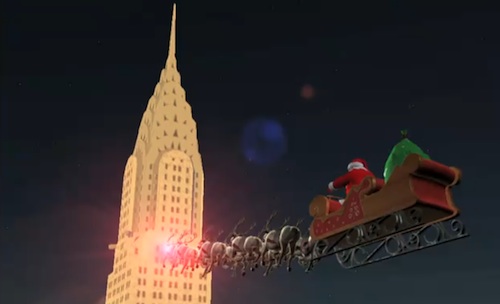 NORAD will begin tracking Santa on December 24 and feed live updates on his location to their website. (YOUTUBE)

WINNIPEG — NORAD has named Santa trackers and escort pilots to ensure the jolly old elf has a safe flight when arriving into Canadian airspace.

Windows Phone users can ask Cortana for Santa’s location, and OnStar subscribers can press the OnStar button in their vehicles to find Santa any time on December 24.