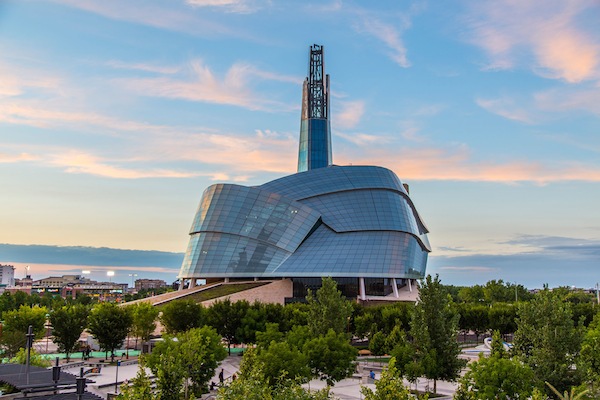 The number of visitors coming through the doors of Winnipeg’s Canadian Museum for Human Rights has surpassed initial projections.

At the museum’s annual public meeting on Wednesday, the museum said it welcomed 58,360 visitors in October and November. Along with about 45,000 people who visited in September, total visitation numbers have now topped 100,000. Annual visitation had been projected at 250,000 or about 20,000 per month.

“The change that has taken place in the course of one year is striking,” said Eric Hughes, chair of the board of trustees. “The museum is now welcoming thousands of visitors from all over the world. Each visit is an opportunity to discover something new, to explore a different human rights theme, and to learn from the diverse perspectives of Canadian and international human rights defenders.”

In November, visitors from outside Manitoba made up 30 per cent of ticketed admissions. Of those, a third came from outside Canada, including the United States, Korea, Brazil, Belgium, China, Israel, Iceland, The Philippines, El Salvador, Mexico, Japan, Poland and Bosnia.

Looking ahead, the museum still needs to recruit a new president and CEO, and will launch development strategies for a new main-floor temporary gallery and a 350-seat theatre in 2015.