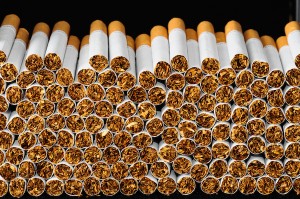 The bust in November turned up approximately 112,000 cigarettes destined for sale in Manitoba from Ontario.

“Our retailers will be the first to tell you how much illegal tobacco is impacting their business in Manitoba,” said Andrew Klukas, president of the WCSA. “Given the high prices in this province, the cheap illegal tobacco available from Ontario can be highly appealing, particularly for youth.”

Manitoba’s average rate of untaxed tobacco was 14.7 percent in a recent study, compared to Alberta with rates as high as 41.3 percent and British Columbia at 51 percent in some sites.

The highest rates of contraband found throughout western Canada are typically found along the TransCanada highway from central Canada, a key trafficking route of untaxed, illegal tobacco products.

“We are hopeful that this government will allocate additional resources to address the issue of contraband in Manitoba and consider introducing proactive legislation to prevent future growth,” added Klukas.