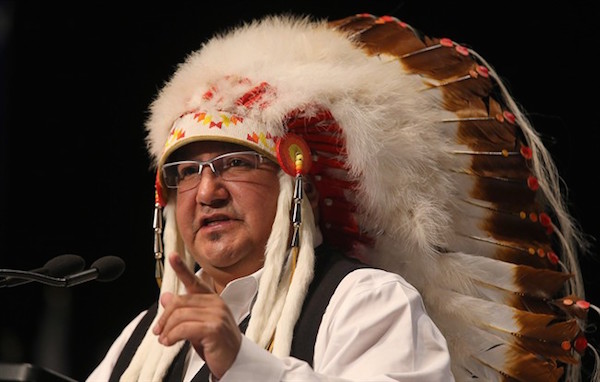 WINNIPEG — A new national leader for the Assembly of First Nations is to be elected today.

Chiefs from across Canada are gathered in Winnipeg for the vote.

The three candidates running for the top job made their final pitch to delegates on Tuesday.

Ghislain (Zhis-LAYN’) Picard, the assembly’s interim leader, told delegates the federal government’s policies have been a total failure for First Nations and it’s time for justice.

Perry Bellegarde, chief of the Federation of Saskatchewan Indian Nations, said he wants to restore pride among First Nations and focus on self-determination.

Leon Jourdain, chief of the Lac La Croix First Nation in Ontario, said he would focus on grassroots concerns rather than the demands of Ottawa.

The winner will have an extra six months added to his three-year term as the organization restructures amid questions about its relevance. Many argue the assembly should wean itself off federal funding, while others have argued it doesn’t reflect the views and concerns of grassroots people.

The AFN’s top job came open earlier this year when former national chief Shawn Atleo resigned due to fallout from his support of a controversial federal act to reform First Nations education.

Voting is expected to conclude by 12 p.m. with results announced early in the afternoon. A candidate needs at least 60 per cent of the vote to win on the first ballot.