Death of Aboriginal Man During 34-Hour Wait in Winnipeg ER Not Homicide: Judge 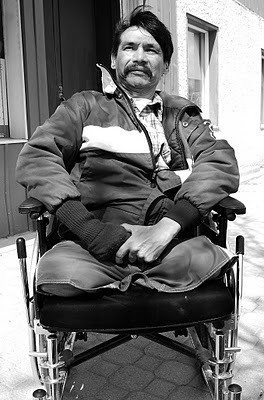 WINNIPEG — An inquest has found the death of an aboriginal man during a 34-hour wait in a Winnipeg emergency room was not homicide and doesn’t require a public inquiry.

But Judge Tim Preston says in his final report that Brian Sinclair, a 45-year-old double amputee, “did not have to die.”

They also asked Preston to call on the province to hold a public inquiry into how aboriginal people are treated in the health-care system.

Preston rejected that and made numerous recommendations for the health authority to review its policies to ensure what happened to Sinclair doesn’t occur again.

The health authority has already overhauled the emergency department at Winnipeg’s Health Sciences Centre so triage nurses can better monitor the waiting room.

Wristbands for those waiting for care now make them more easily identifiable. Cultural training for staff has also been retooled.

Sinclair went to the emergency room in September 2008 because of a blocked catheter. The inquest saw security camera footage of him wheeling himself over to the triage desk where he spoke with an aide before wheeling himself into the waiting room.

There, he languished for hours, vomiting and slowly dying from a treatable bladder infection. He was never asked if he was waiting for medical care. Sinclair was never seen by a triage nurse or registered.

Some staff testified that they assumed he was drunk or homeless. By the time he was discovered dead, rigour mortis had set in.