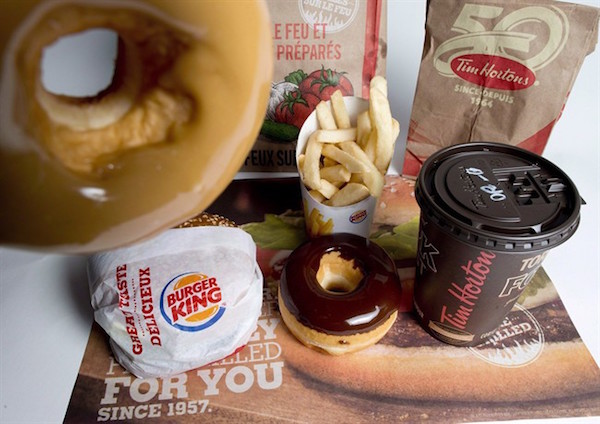 TORONTO — The $12-billion merger between Tim Hortons Inc. (TSX:THI) and Burger King has been finalized.

The new combined company, Restaurant Brands International (TSX:QSR), will begin trading on Monday, according to a statement issued by the company Friday.

Tim Hortons and Burger King will continue to operate as independent brands.

Daniel Schwartz, who served as the chief executive of Burger King Worldwide, will take the reins of the combined company, as previously announced.

Marc Caira, who was the CEO of Tim Hortons, will become vice-chairman of Restaurant Brands International’s board of directors.

The rest of the leadership structure will be announced on Monday, the company said.

Tim Hortons shareholders voted in favour of the deal, worth more than $12 billion in stock and cash, on Tuesday, following approvals from Ottawa and the Competition Bureau.