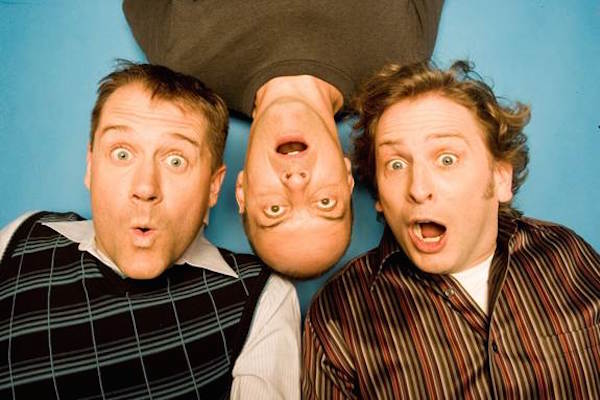 Tickets went on sale Friday for The Arrogant Worms and their upcoming show at the West End Cultural Centre.

The Kingston, Ont. trio began as a comedy troupe performing songs and sketches on campus radio. They will play in Winnipeg on Saturday, March 21.

The group, made up of Mike McCormick, Chris Patterson and Trevor Strong, deliver “fast, furious and family friendly” performances, with quick wit and a set full of satire.

Their most recent album is SPACE, a collection of 16 new songs released in 2014 that bravely tackles the hard issues like local politicians, yoga pants and uncomfortable chairs.

Tickets for the show are $35 at the door or $30 in advance through the WECC, Ticketmaster, Winnipeg Folk Festival Music Store and Music Trader.