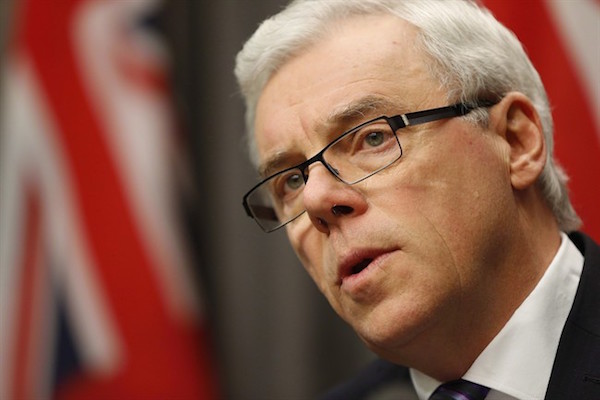 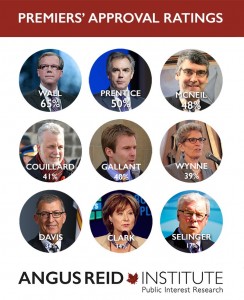 Manitoba Premier Greg Selinger sits at the bottom as the least popular premier in the country. (ANGUS REID)

Only 17 percent of Manitobans approve of the job Selinger is doing to lead the province, according to a new Angus Reid poll. The numbers represent a drop from a 30 percent approval rating in September.

Selinger had the approval of nearly half (48 percent) of Manitoban adults in September 2012, but heads into the new year scarred by defections from cabinet and lingering discontent over last year’s increase to the provincial sales tax.

Saskatchewan Premier Brad Wall continues to be the most popular premier in Canada with the approval of two-thirds (65 percent) in his province.

The Angus Reid Institute analyzed results from an online survey of 6456 Canadian adults who are Angus Reid Forum panelists from December 4-13, 2014. The data was donated by Vision Critical. A probability sample of this size carries a margin of error of +/- 1.2%, 19 times out of 20.