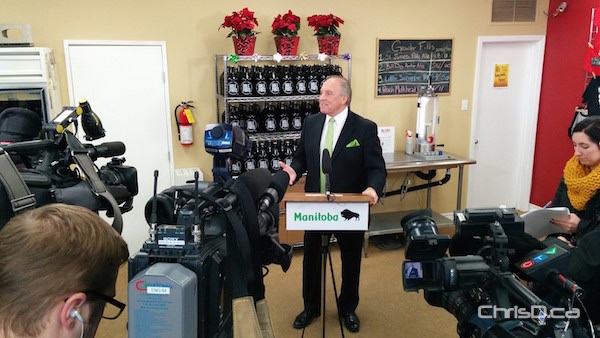 The Manitoba government is developing a strategy to further boost the province’s ever-growing brewing industry.

The Craft Breweries Strategy will see an advisory committee created to include existing Manitoba brewers as well as representatives of the local hospitality industry.

“It’s no surprise that growlers filled with local craft beer are proving to be a big success,” said Tourism, Culture, Heritage, Sport and Consumer Protection Minister Ron Lemieux. “Our producers grow all the ingredients for great beer and we know that beer tastes best when it’s fresh so it only makes sense to encourage more brewing right here in Manitoba.”

The advisory will first review the licensing of tap rooms that allow customers to enjoy their favourite craft beer on-site at the brewery.

“Tap rooms have great potential to attract visitors to our province,” added Lemieux. “These facilities will further enhance our continued success of building our tourism infrastructure right here in Manitoba.”

← Previous: Manitobans Give the Most to Charity: Fraser Institute Next: Six Arrested After Drugs Peddled to Steinbach Schools →
Tags: Manitoba | Winnipeg