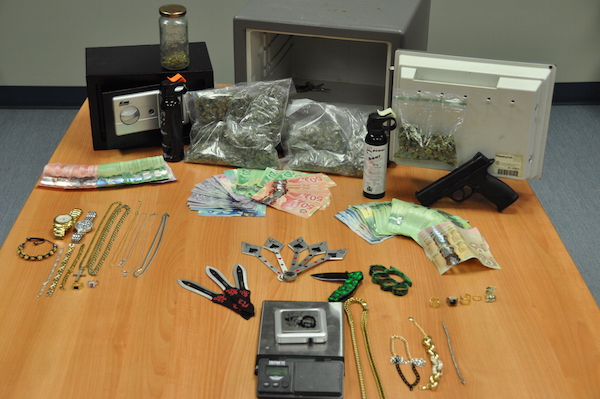 Steinbach RCMP have seized a number of drugs, weapons and cash from a home after executing a search warrant on December 11.

During the investigation, officers discovered marijuana was being trafficked from the residence as well on the property of nearby schools.

Five people, ranging in age from 18 to 23, have been arrested and charged. They will appear in Steinbach court on February 5, 2015.

Police also arrested a 21-year-old Steinbach man on December 13. He was released on a promise to appear and has yet to be formally charged.