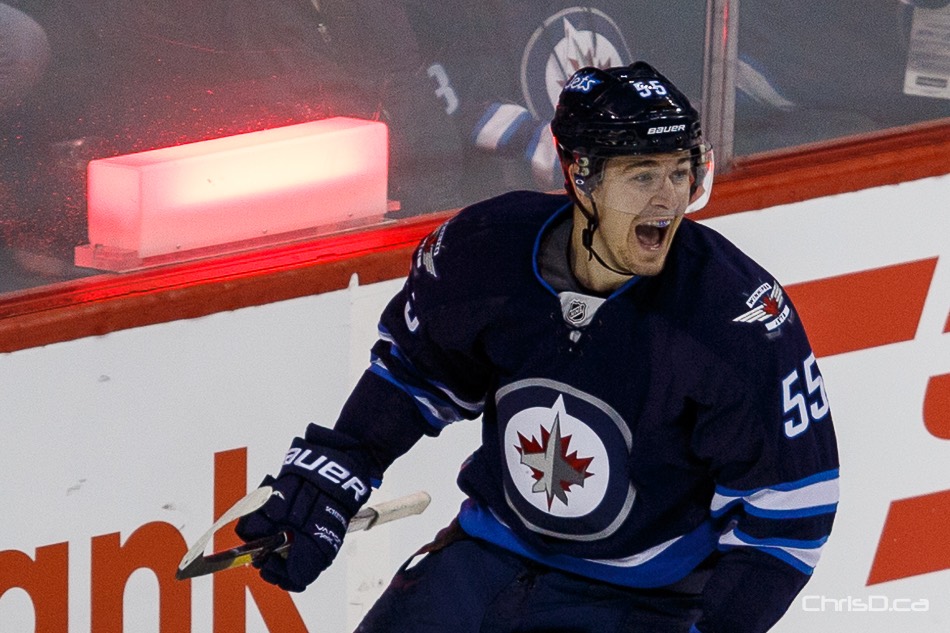 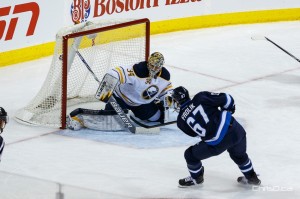 WINNIPEG — After a bit of a rocky start, the Winnipeg Jets decided to fire up their engines and blast the Buffalo Sabres 5-1 at MTS Centre on Tuesday night with a short second period burst.

Mark Scheifele notched a pair of goals — the equalizer and the insurance — as the Jets scored three times in a span of just 4:46, with Michael Frolik recording the game-winner shorthanded.

“It’s been a few games we have played together. We get to practice together. We’re two smart guys — it seems like we’ve been seeing each other on the ice a lot,” said Scheifele’s line mate Mathieu Perreault. 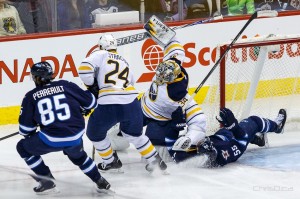 The Sabres took advantage of Winnipeg’s early penalty trouble, and while they couldn’t capitalize on 1:50 of a 5-on-3 advantage in the first with Grant Clitsome off for interference and Adam Pardy joining him because of a high-stick, Buffalo eventually took a 1-0 lead with Blake Wheeler off for slashing.

“The stick penalties are ours,” said Jets head coach Paul Maurice. “But I thought the pressure we were able to put on the puck in the offensive zone was the difference in the game.”

Evander Kane scored his first goal in nine games for his fifth of the season, while Chris Thorburn added a late one for his second on the campaign. Frolik’s second period goal has him tied with Dustin Byfuglien for fourth on the team with seven.

Ondrej Pavelec recorded his 10th win of the season (10-8-4) with a 24-save performance highlighted by some solid work on a busy first period penalty kill.

The Jets continue their four-game home stand as they welcome the Boston Bruins on Friday night and the Philadelphia Flyers on Sunday.