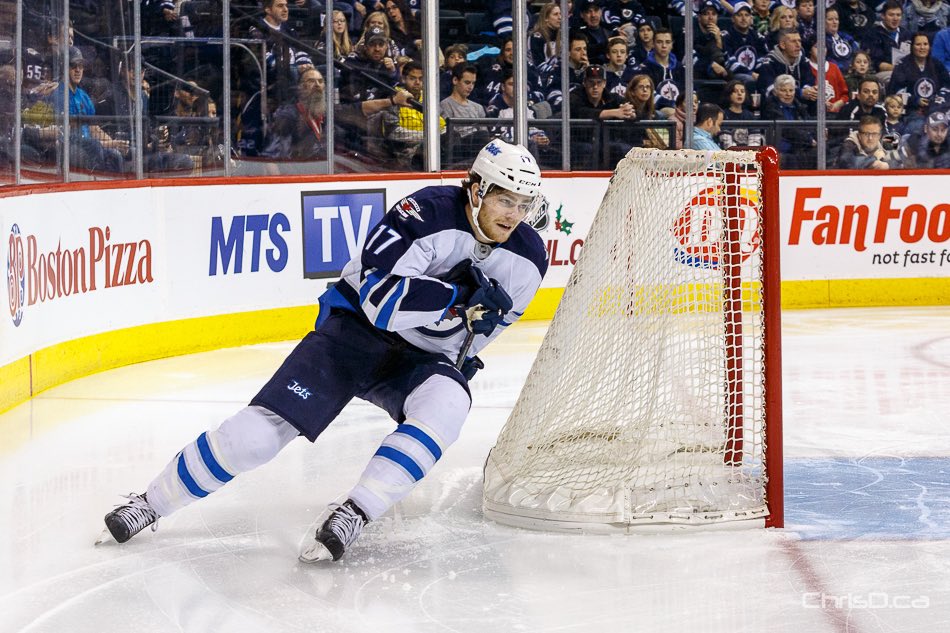 WINNIPEG — Fans were the true winners of the 2014 Winnipeg Jets Skills Competition, as 12,045 people watched their hockey heroes take part in a series of fun events at MTS Centre Wednesday night.

Team Blue won the event 26-19. Postma was the fastest skater, completing a full lap in 13.90 seconds. Ladd took the shooting accuracy contest, hitting four targets in five shots in a time of 10.0 seconds. Chiarot recorded the hardest shot with a 103.0-mph blast.

“It’s pretty good. I’ve had a lot of fun,” Glays said. “This is different than a game because fans can interact with the players. You get to see all the players up close.”

Proceeds from the competition will benefit the Winnipeg Jets True North Foundation and the NHLPA Goals and Dreams Fund.

The Jets return to action Friday night with a home game against the Boston Bruins. The first faceoff goes at 7 p.m.