Home » Entertainment » Treaties, Other Historic Docs on Loan to CMHR

Treaties, Other Historic Docs on Loan to CMHR 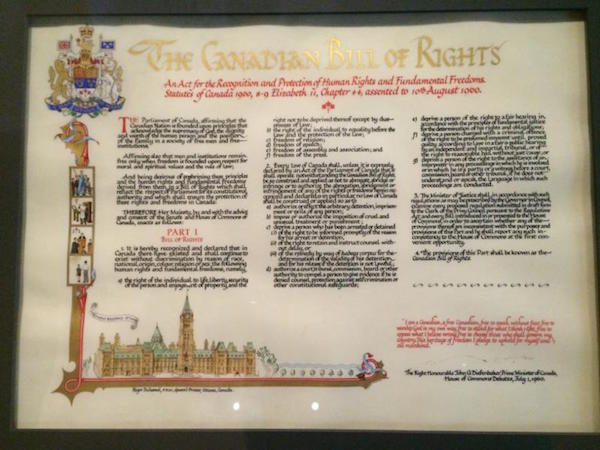 WINNIPEG — A number of historic Canadian documents — that are rarely loaned out — are now on display at the Canadian Museum for Human Rights.

The Library and Archives Canada loaned the museum 11 documents and artifacts, including Treaty No. 1, ratified by seven First Nations chiefs in 1871 at Lower Fort Garry. The museum itself stands on Treaty No. 1 land, which encompasses most of southern Manitoba.

“These documents are among the most important original records in Canadian history,” said Gail Stephens, interim President and CEO of the CMHR. “The Royal Proclamation of 1763 marked an important first step in recognizing Aboriginal land rights, while the 1982 Proclamation of the Constitution Act enshrined the guarantees contained in the Canadian Charter of Rights and Freedoms.”

Visitors to the museum press a button to active 20 seconds of low-heat LED lighting to view the documents through “smart-glass” technology. When the button has been pressed 12,500 times, each document will need to be returned to the LAC vaults in Gatineau, Québec.

Most of the items will remain on loan to the CMHR until September 2015.