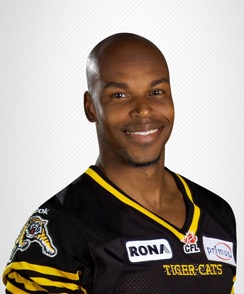 The Winnipeg Blue Bombers have re-signed defensive back Matt Bucknor through the 2016 season.

Bucknor, who started all 18 games in the defensive secondary for the Bombers last season, was to become a free agent in February.

The Windsor, Ont. native finished with 62 tackles, and one special teams tackle. He had five or more tackles in six games last season.

“We say this a lot, but a solid Canadian starter, whether it’s on offence or defence, are key parts of your team,” said Blue Bombers general manager Kyle Walters. “Matt came into training camp in 2014 and quickly established himself as player we can count on in the secondary.”

Bucknor had spent two seasons with Hamilton before joining Winnipeg in a trade last January.

Matt Bucknor’s new deal will keep him with the #Bombers through 2016.