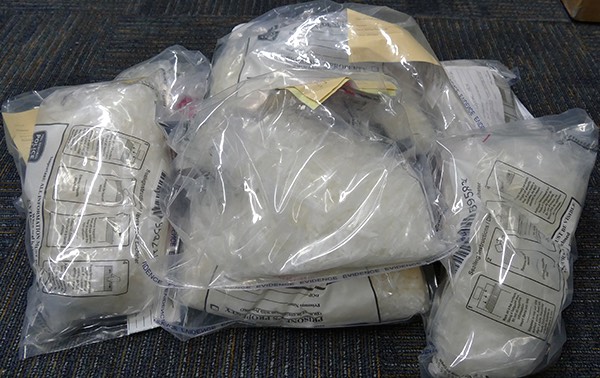 A parcel of methamphetamine seized by Manitoba RCMP on December 10, 2014. (RCMP HANDOUT)

Manitoba RCMP have intercepted a parcel of methamphetamine from Brampton, Ontario destined for an address in Winnipeg.

Police seized the approximately eight kilograms of meth on December 10 with help from the Peel Regional Police Services.

Chaizz Ruf, 18, of Winnipeg, has been charged for possession of a controlled substance for the purpose of trafficking.