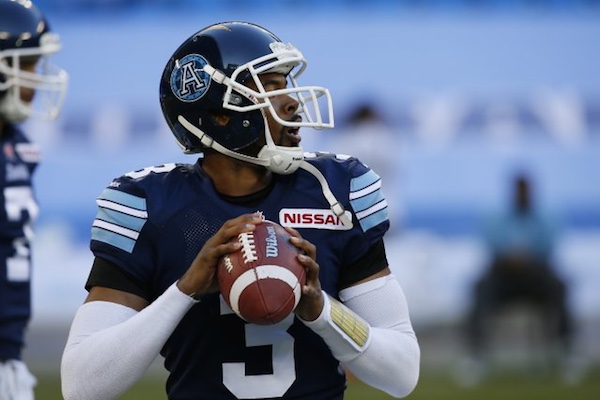 The Winnipeg Blue Bombers have extended the contract of quarterback Josh Portis through the 2016 season.

Portis, who was set to become a free agent in February, was acquired in a trade with Toronto last July. He dressed in the final three games of 2014 for the Bombers.

“We believe Josh has tremendous upside as a mobile quarterback in our league,” Blue Bombers GM Kyle Walters said in a statement. “He works hard at practice and in the film room every day, and he’s a player we wanted to keep in our organization moving forward.”

Portis spent the 2012 season with the Seattle Seahawks as their third-string quarterback before joining the Toronto Argonauts in 2013.