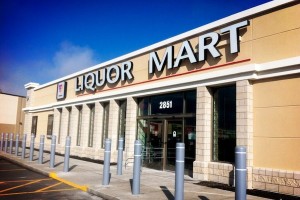 Liquor Mart employees have ratified a new four-year contract with their employer. (TWITTER)

Under the new deal, workers represented by the Manitoba Government Employees Union maintain the current sick-day policy with minor improvements to shift premiums and dental coverage.

“After two years of zeroes and an agreement to extend the contract by a year, I’m pleased we were able to fight off concessions at the bargaining table and achieve a reasonable wage increase with minor tweaks to benefits,” said MGEU president Michelle Gawronsky.

Employees will also see a 1.5 percent wage increase for the first year (retroactive to March), and increases of two, two and 2.5 percent consecutively in the last three years.