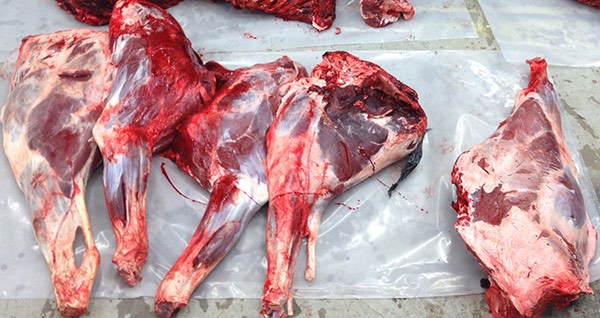 Two men have been charged with illegally selling wild elk meat after a year-long investigation by Manitoba Conservation and Water Stewardship.

Natural resource officers contacted RCMP on December 12 for assistance in apprehending the men, who police say were selling the meat out of a truck.

Brian Hofer, 40, of the RM of South Norfolk, and Kerry Meeches, 55, of Long Plain First Nation, are charged with offering to sell wild meat. The maximum penalty for selling meat of big game is $50,000 and/or 12 months in jail. Offenders may also have their vehicles forfeited if used to conduct the operation.

Meeches’s truck was seized, as were the remains of two adult elk found in the bed of the truck.

Both men will appear in Portage la Prairie court in February.