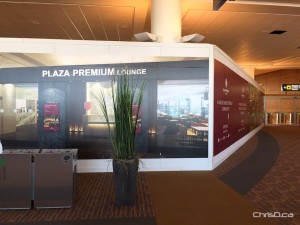 WINNIPEG — It’s still considered new, but the James Richardson International Airport is set for a slight makeover in the New Year.

The Winnipeg Airports Authority will be switching out some of the restaurant offerings located post-security.

Felicia Wiltshire, manager of communications and public affairs at the WAA, says passengers have been asking for more selection and different choices of the food available.

“Our travellers are going to start to see a lot of construction starting at the end of December and probably heading into the springtime,” Wiltshire said. “It’s going to be phased-in construction and we’re going to be approaching one restaurant at a time and changing them up.”

TGI Fridays will be one of the casualties travellers will see leave the airport, making way for a restaurant that will serve up more local Manitoba fare.

The airport is also still working on construction for the new Plaza Premium Lounge, offering travellers the opportunity to feel like VIPs no matter which airline they happen to be flying on. At $40 per visit, the lounge will offer domestic and international travellers unlimited food and beverages for between two to three hours.

Construction on the lounge is slightly behind schedule, but should be completed by the end of February.