Home » Sports » Jets Grind Out 2-1 Win Over the Bruins

Jets Grind Out 2-1 Win Over the Bruins 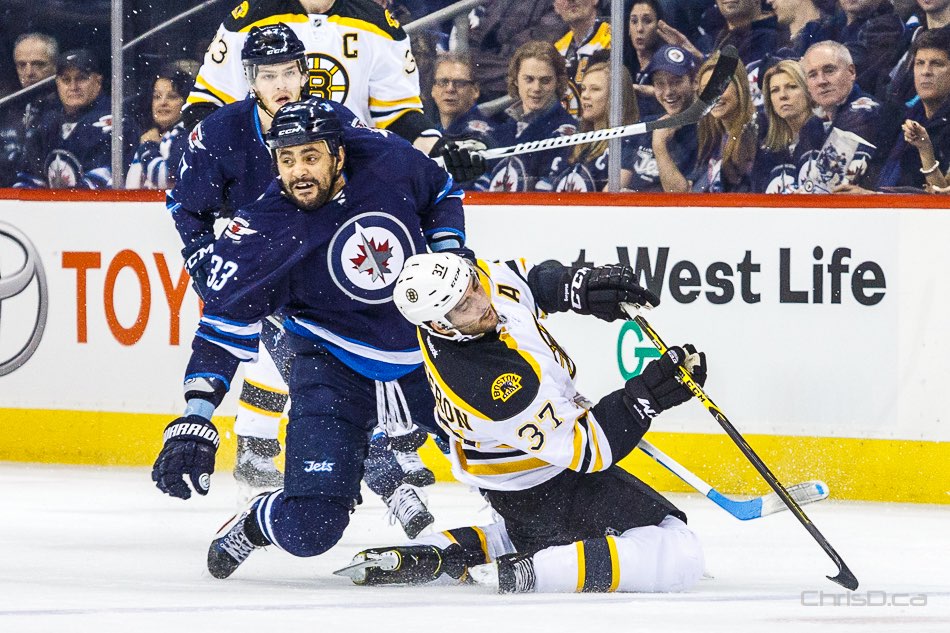 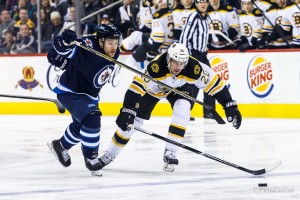 WINNIPEG — With the injury bug not just biting down on the Winnipeg Jets but fully engorged within their defence corps, the patchwork club entered Friday night’s game with the Boston Bruins down their top four defencemen.

But despite the lack of some of their best players in the lineup the Jets were able to come away with a 2-1 victory in front of 15,016 at MTS Centre.

“Real good goaltending,” was the initial response from head coach Paul Maurice when asked how his team pulled out a win over the perennial contenders from New England. “And then just an awful lot of hard, scramble battles. It was about a picture-perfect first period.”

Michael Hutchinson‘s 30-save performance earned the rookie netminder his seventh win of the season, bettering his already sterling record to 7-2-2 and his club’s to 17-10-6. The young netminder now leads the entire NHL with a 1.73 goals-against average and a .940 save percentage.

“They had a really slow first period,” said the 24-year-old Hutchinson of the four shots he faced through the opening 20 minutes against his former club. “We did a great job of limiting their chances, knowing that they’re going to come. We just played to our system all game.”

“We’ve shown that our team game is the reason we’re having success,” said Evander Kane, who notched his sixth goal of the season in the first. “Guys come in — guys go out. And we’re still able to have success, and I think it has to do with just our systems and the style that we play. It’s a hard working style.”

The eventual game-winner came with a pile of bodies in front and just 23 seconds remaining in the second period, a Dustin Byfuglien seeing-eye point shot made its way through the traffic and past Tuukka Rask before Mathieu Perreault got a piece to give the Jets a 2-1 lead.

Perreault now holds the longest point streak among Jets this season, with his fifth goal of the season putting him at six points in his last six games.

Early in the opening frame Winnipeg took the first lead of the game as Kane found and buried a rebound that trickled through Rask from a Grant Clitsome shot from the outside.

The Bruins equalized early in the second when defenceman Torey Krug buried a rebound following an excellent right-to-left stretch pad save by Hutchinson on Chris Kelly.

The Jets conclude their pre-holiday home stand with a late 8 p.m. start on Sunday night when they host the Philadelphia Flyers at MTS Centre.