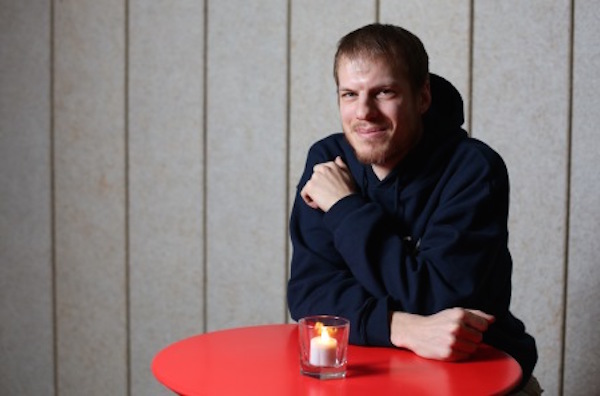 Isaac Bond spends much of his time introducing his love of poetry to a younger generation. (MICHELLE BERG PHOTO / HANDOUT)

Winnipeg poets are preparing to read their best work to qualify to be on the Winnipeg Poetry Slam Team.

Poets will compete at the West End Cultural Centre on Wednesday, January 21, 2015 to move on to the national competition at the 2015 Canadian Festival of Spoken Word in Saskatoon. Four poets in total will eventually be selected to head west.

In each regular season bout, 12 spots are open for anyone to sign up and take part in the open mic competition. Audience judges will distill each performance into a score out of 10, and the best scored poets will move up the ranks and into playoffs.

Saskatoon poet Isaac Bond will be making an appearance at the WECC. Bond is heavily involved with spoken word initiatives in Saskatoon and is the most recent former national director of Spoken Word Canada.