Home » Columns » Manitoba’s Political Future Up for the Taking: Currie

Manitoba’s Political Future Up for the Taking: Currie 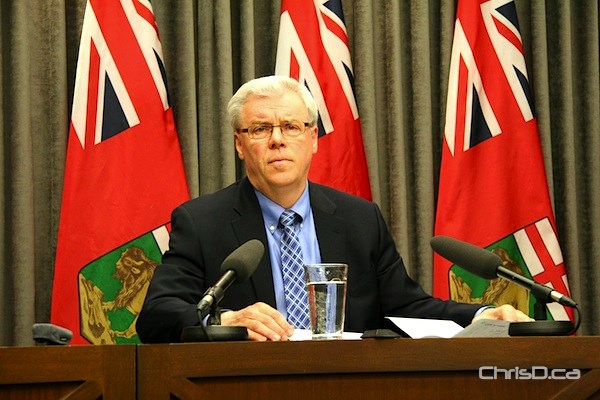 Politics on the prairies. What a fascinating world of contrasts as we are about to head into 2015. In Manitoba, NDP Premier Greg Selinger continues to be a “dead man walking,” appearing more and more desperate to hang onto a job that fewer people want him to do.

Angus Reid takes regular soundings on the popularity of all provincial leaders, and Selinger continues to finish at the bottom of that list. After five of his cabinet ministers jumped ship when he refused to step aside, only 17 percent of Manitobans think he’s doing a good job leading the province. One week before the Ides of March is when Manitoba New Democrats will decide is Selinger is allowed to stay on.

Next door in Saskatchewan is Brad Wall. He continues to top that Angus Reid poll, but 2015 could be more challenging for him if the price of oil continues to drop.

Continuing west on the Trans-Canada and Yellowhead highways, we come to the kingdom of Alberta. The king is former Harper cabinet minister Jim Prentice who took over the throne less than four months ago. The opposition in Alberta recently has been an outfit called the Wildrose Alliance, led by a fiery beauty named Danielle Smith. They had only 14 of the 87 seats in the legislature in Edmonton. Now Ms. Smith and eight of her colleagues have crossed the floor and joined the premier’s team.

With all due respect to the handful of Liberals and New Democrats who hold seats, Alberta is now truly a one party province. The Tories were first elected under Peter Lougheed’s leadership in 1971, and they’ve shown a remarkable ability to reinvent themselves every few years. There’s still no provincial sales tax, but there’s also not much interest in democracy. When they measure voter turnout, Alberta comes in at 40 percent.

Saskatchewan and Alberta will not be changing leadership next year. Manitoba? Who knows.