Suspect Sought in Armed Robbery of Kelly’s Bar in Selkirk 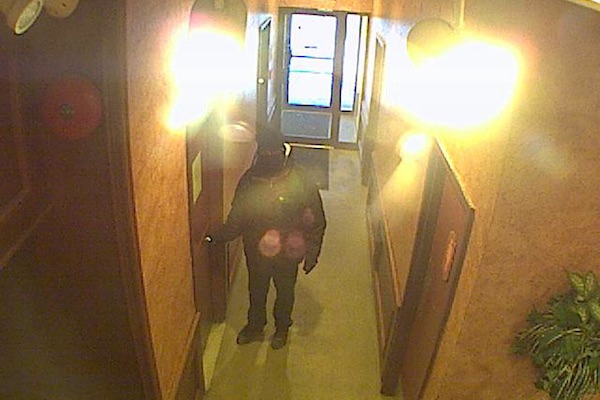 RCMP are looking for a suspect after Kelly’s Bar in Selkirk, Manitoba was robbed on Sunday, December 21, 2014. (RCMP HANDOUT)

RCMP are looking for a man who robbed Kelly’s Bar in Selkirk on Sunday morning.

At around 9 a.m. the suspect entered the bar on Main Street and demanded money while threatening an employee with a weapon. He fled on foot with an undisclosed amount of cash.

The victim wasn’t injured in the robbery.

The suspect is described as approximately 5’10” tall with a stalky build. He was wearing a dark coloured 3/4 length jacket along with dark pants. His head and face were covered with a dark hat and balaclava.