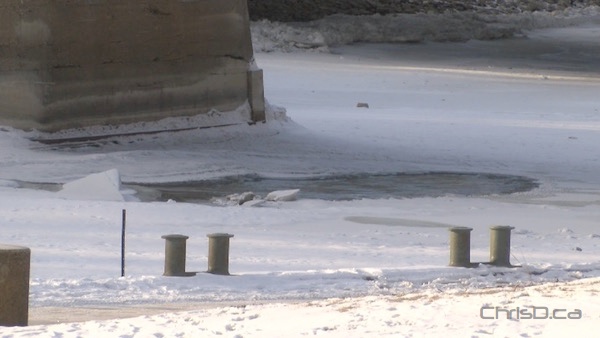 Open water on the Assiniboine River at The Forks on Thursday, December 18, 2014. (CHRISD.CA FILE)

WINNIPEG — With colder temperatures in the forecast later this week, officials are warning to use caution around icy bodies of water.

Fifty water and ice safety calls were handled by the WFPS in 2013.

However, before the cold arrives, the warmer temperature is putting a damper on some outdoor activities, including the canopy skating rink at The Forks.

Warmth= awesome for us but not for the ice. Canopy Rink still closed; on-land trails + Festival Rink open! pic.twitter.com/cIvOw0seyn