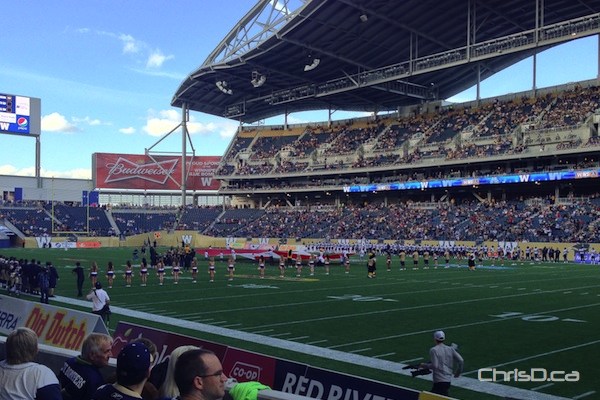 The Winnipeg Football Club has made a $4.5 million payment to Triple B Stadium Inc. on its new home at Investors Group Field.

“We are serious about and committed to meeting our financial targets,” said Wade Miller, president and CEO of the Winnipeg Blue Bombers in a statement.

Miller said the income was was derived from business operations at the stadium, such as hosting the Canada vs. USA women’s soccer friendly and major concerts performed by Beyoncé, Paul McCartney and Taylor Swift.

The payment is made up of entertainment tax, facility fees, and excess cash as defined by the management agreement between WFC and Triple B Stadium Inc.