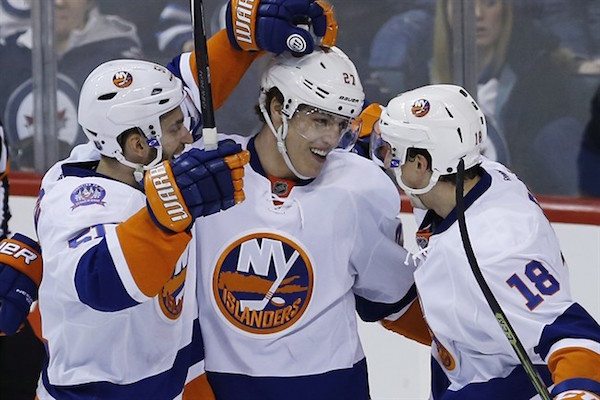 A multitude of injuries look to be catching up to the hometown hockey team, as they lost their second straight game Wednesday night, 5-2 to the New York Islanders.

The Islanders were led by Ryan Strome and Franz Neilsen, who put up remarkable four-point and three-point nights, respectively. Strome had a goal and three assists, Nielsen had two goals and an assist.

Chipping in was Anders Lee and Josh Bailey with a goal each. Johnny Boychuk had two assists and, in a hometown return, St. Malo native Travis Hamonic added an assist. With the win, Long Island’s squad improves to 25-11-1 on the year.

The Jets, meanwhile, fall to 19-12-7. Their two goals were scored by Andrew Ladd, his 13th and 14th of the year. Ladd’s first came in the second period on a nifty pass from the boards by Blake Wheeler. His second came on an even better pass by Mathieu Perreault, who decked a defender off before giving his captain the finish just 47 seconds into the third period.

“I thought offensively, we had enough. We’re a team that prides ourselves on goals and you give up four, that’s the difference right there,” said Ladd. “It was more keeping the puck out of our own net than creating enough offence.”

“Were they frustrated? Sure, they were frustrated with everything. Good. We lost two in a row and nobody’s having a good New Years Eve,” said Jets head coach Paul Maurice. “That’s the way life works.”

“But there’s a lot more teams that you had to find a heartbeat in there and try to get something going. These guys, they’re trying… now we’ve got to find our way out of it and rally the troops.”

It never looked easy for the Jets tonight. They were especially slow at the start, with a full comedy of errors — players running into each other, missed passes and a pair of bad penalties. The Islanders were able to get two goals in the first on the mishaps.

Despite the start, the Jets got a caffeine boost in the second. The top lines got more ice time and started to skate noticeably harder. Their ability to mix it up got the Jets on the board, but defensive errors cost them against the Islanders’ top talent.

“The second period, we were able to control most of it but toward the end of it, that [third goal] kind of hurt,” said Wheeler. “We just weren’t able to get that equalizer.”

At 3-1, Ladd would bring Winnipeg closer to start the third, but Lee’s goal with nine minutes to go gave the Islanders the insurance they needed to escape Winnipeg with a comfortable win.

Strange stat of the night: the loss ends an eight-game winning streak in New Years Eve hockey games at the MTS Centre. Before tonight, the Jets won the last two, with the Manitoba Moose winning six straight before that.

We won’t see the Jets again until next year when they’ll host the Maple Leafs on January 3. They’ll then close the four-game home stand on Monday, January 5 against the San Jose Sharks.