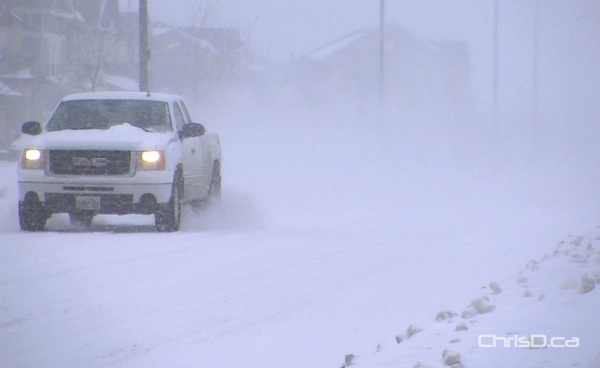 A special weather statement has been issued for southern Manitoba. (CHRISD.CA FILE)

The first blast of winter for 2015 is coming in with heavy snowfall across southern Manitoba beginning Friday.

Environment Canada has issued a special weather statement for Winnipeg, Brandon, the Whiteshell, Gimli and much of the southern portion of the province.

A weak low pressure system will bring a “skift” of snow beginning tonight, but no significant accumulation is expected. The real story will be Friday night, where the likelihood of heavy snow could bring between 10 and 15 cm of snow. The highest amounts are expected to the extreme southern part of the province near the U.S. border.

Gusty winds will make for blustery conditions and poor visibilities at times.

“This weather system will push off Saturday morning leaving temperatures well below normal for the rest of the weekend and beyond,” the statement said.

The latest weather conditions can be monitored on the Environment Canada website. Road conditions are updated at MB511.ca.