Clearing the Lines of Communication 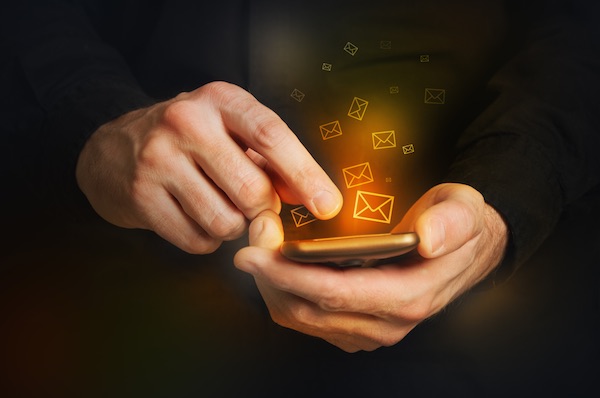 (Texting on a smartphone image via Shutterstock)

My question for all of you to ponder as we move into 2015, can we please agree on a form of communication that most of us can accept as ‘important’ and urgent ? Aside from face-to-face conversation, which should obviously be number one, our world has gone through many other types of messaging, and almost all of them seem to have lost their value and immediacy.

The handwritten letter was a good one for a long time, but it began to fade when Alexander Graham Bell came up with the telephone. Along with the telegram, the phone was more or less fine until we got to the digital age. That’s when we started to trash new and emerging forms of communication fairly quickly.

I still regard voicemail as extremely useful when you have to convey precise details about something to someone who is away from their phone. Whether they’re really away or just hiding is a whole other question. Now the Coca-Cola company has decided to scrap voicemail at its head office in Atlanta. Their research indicates that a majority of their employees can no longer be bothered to listen to their messages.

Skype is pretty good, and I still cherish e-mail because it combines many of the qualities of letter writing and phone calls. It seems I’m part of a shrinking minority. That leaves text and Twitter, and to a lesser extent Facebook. I hear and read all sorts of people who say that all of them are now in decline, with the possible exception of texting.

All that would appear to be left for the future is some sort of mental telepathy. Will we be limited to 140 characters? Clearly what we have here is a failure to communicate.

← Previous: Plows Ready as Winnipeg Remains Under Snowfall Warning Next: Big dig! Band to Debut at The Good Will →
Tags: Winnipeg