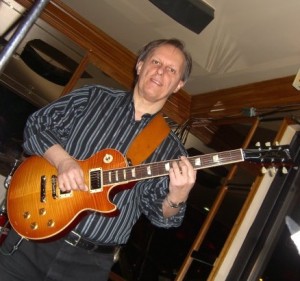 WINNIPEG – A musician who is accused of letting his 90-year-old mother die on the floor after she fell has been granted bail following an outpouring of support from Winnipeg’s music community.

Ron Siwicki has also been ordered to undergo a psychiatric assessment.

Dozens of supporters attended his bail hearing in a Winnipeg courtroom Monday. The frail-looking man, who is 62, quietly wept and stared at the floor as details of his mother’s death were discussed.

Evidence presented at the hearing is under a publication ban.

“He’s in a state of shock,” Cook said outside the courtroom. “To lose a parent is a horrendous thing at any point in your life. Then to be accused of being at fault for the passing of your parent — and then to be detained in the remand centre — is just the most horrendous thing … that could happen to an individual.”

Cook told The Canadian Press before the hearing that police custody was the “worst possible place” for Siwicki, who has been left “grieving with strangers.” He said Siwicki was a doting son who is completely devastated.

Cook told the news agency that Siwicki was complying with his mother’s wishes when she fell out of bed in mid-December. She didn’t want medical attention, so he fed her nutritional drinks until she died. He then called 911, the lawyer said.

Siwicki has been in custody since being charged with criminal negligence causing death and failing to provide the necessities of life.

The case is rare, Cook said, because the charges usually involve parents who don’t get their children medical attention. Siwicki’s mother lived with him and the outcome could have a broader significance as more people care for their aging parents and relatives at home, Cook suggested.

“What happens with aged relatives at home? What if they don’t want care? What if they want to die peacefully in their own home?” he said. “It could have a far-reaching effect.”

Many who know Siwicki in Winnipeg’s music community came to his defence following his arrest, describing him as a “gentle soul” who was “not a danger to anyone.” Supporters were turned away from the courtroom Monday because there weren’t enough seats.

Wendy Cameron said she has known Siwicki for 25 years and has sung alongside him in several bands. Seeing Siwicki in shackles was surreal, she said. His mother used to come to gigs with him and he used to bring home meals to her after he played a set at a Winnipeg bar and restaurant, Cameron recalled.

Siwicki’s “music family” will take care of him and help him grieve properly, she said.

On a Facebook page for Winnipeg musicians, friends echoed that resolve. They said Siwicki took great care of his mother since his father died years ago.

“Ron has shaped his life and devoted himself to the ongoing care and support of his mother, sometimes forgoing opportunities both in business and in his social life,” wrote Michael Gillespie, who said he has known Siwicki for 35 years.

“Ron would often leave gatherings of friends earlier than others in order to attend to his mother. He stated, to me at least, that he accepted that his mother was his responsibility and I know he meant that sincerely.”

Henry Kreindler, another longtime friend, said Siwicki is a compassionate, caring person, who was devoted to his mother. He doesn’t deserve to be locked up like a criminal, he wrote.

“Ron always carried out his mother’s wishes,” he wrote. “Perhaps this was not a wise thing to do here.”