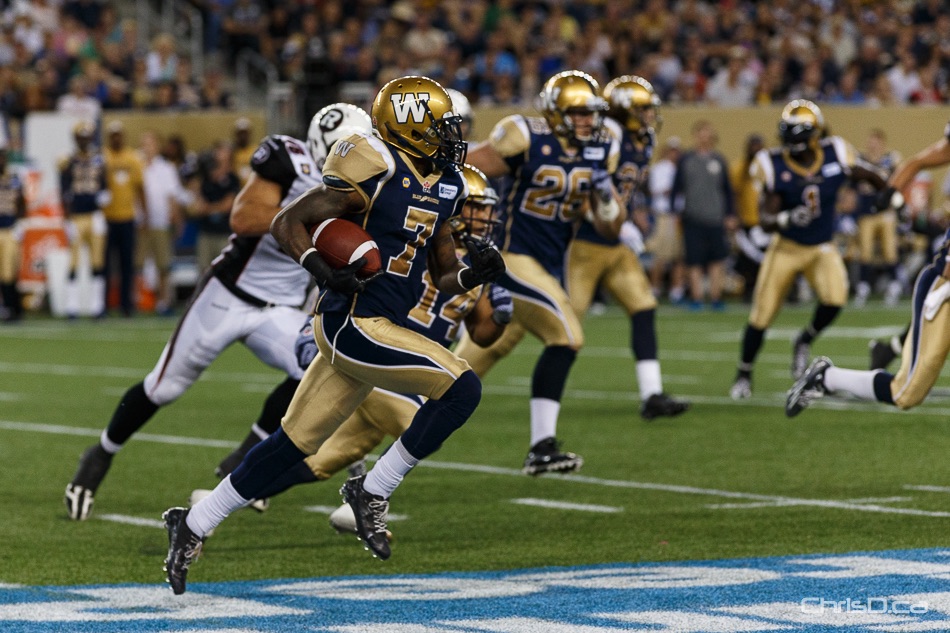 Winnipeg Blue Bombers defensive back Demond Washington (7) returns a kickoff for a touchdown in CFL action against the Ottawa Redblacks at Investors Group Field on July 3, 2014. (SHAWN COATES / CHRISD.CA FILE)

The Winnipeg Blue Bombers have re-signed international defensive back Demond Washington for the 2015 season.

The Auburn University product was to become a free agent next month and started 17 games in the defensive secondary for the Bombers.

He finished with 70 defensive tackles, four special teams tackles, and one fumble recovery which he returned for a touchdown.

“Demond is, in our opinion, one of the most athletic players in our league,” said Blue Bombers general manager Kyle Walters. “His versatility to play different positions in the secondary, and add a dynamic element on special teams, makes him a great asset for us. We are very fortunate that Demond wanted to stay in Winnipeg and pleased we were able to get this done.”

Through three seasons, Washington has started 41 games for Winnipeg, and played in a total of 50.