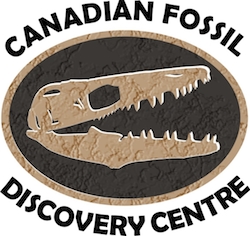 The Canadian Fossil Discovery Centre had a record year in 2014 — setting a visitation high — and they’re on track for an even better 2015.

The Morden-based centre saw more than 18,000 through its doors to explore the museum. Visitors came from 39 different countries including New Zealand, Japan, Mauritius, Chile, China, India, Qatar, Sweden as well as from throughout Manitoba and Canada.

“It has been a phenomenal year and we’re very thankful for it,” said executive director Peter Cantelon. “2014 has been a year of rebuilding for us and we believe it has laid the foundation for an even better 2015 and the years ahead.”

The CFDC saw its premier exhibit — Bruce the Mosasaur — achieve a Guinness World Record and boasted an $8 million contribution to tourism revenue since 1997, according to Travel Manitoba statistics.

“We have some very significant announcements coming in 2015 which we hope will maintain and grow our momentum,”added Cantelon. “We have a major new exhibit coming in March; a new educational theatre is being prepared, our Biennial Palaeontology Symposium happening in the fall and some significant national television and magazine coverage happening as well.”

← Previous: WAG to Share Artwork with Journey to Churchill Next: Winnipeg Police Charge 45 with Impaired Driving Over Holidays →
Tags: Manitoba