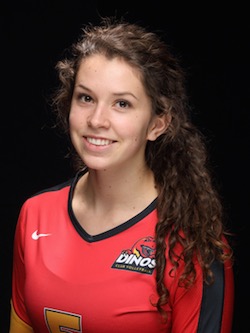 The University of Winnipeg Wesmen women’s volleyball has announced the commitment of Jana Klassen for the 2015-16 Canada West season.

The Calgary Christian High School student was co-captain for two years and played a vital role in helping the team reach the Provincial 2A Championships two years in a row. This past season the team won bronze.

“Her (Jana’s) all round athleticism as a multisport athlete will be a great addition to our group,” said Wesmen women’s volleyball head coach Diane Scott. “Jana’s work ethic and natural drive have helped her to achieve at all levels. She is a natural leader and an excellent team player.”