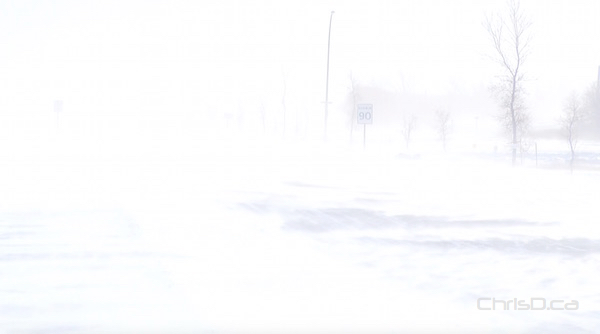 A multi-vehicle crash near Elie, Manitoba shortly before noon Thursday had STARS Air Ambulance respond to the eastbound lanes of Highway 1. RCMP say two semi-trailer trucks and a pickup truck were involved. The man driving the pickup truck was taken to hospital in stable condition.

Weather conditions also forced the closure of Highway 5 from McCreary to Highway 68, which reopened just after 3 p.m. Highway 75 from Morris to the U.S. border remains closed.

Inside the city, crews are continuing to sand streets after a couple centimetres of snow fell overnight. Starting tonight, grader plows will continue to scrape down compacted snow and ruts which formed due to cold weather and high winds after last weekend’s snowfall.

The city says sidewalk clearing was completed on Wednesday, but the sanding and plowing of sidewalks impacted by drifting is being carried out as required.