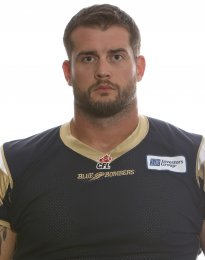 Having spent seven seasons in the CFL, the 30-year-old Vancouver native played 17 games with Saskatchewan, Montreal and Winnipeg since 2007. He had spent the last three seasons on the Bombers’ roster, but missed the entire 2014 season due to a knee injury.

“Obviously having the injuries in consecutive seasons played in a role in my decision,” Lucas said in a statement. “I really, honestly, cherished my time as a Bomber, and love the organization. It’s a place I wanted my career to end when that time did come. It’s time to move on, and enjoy life after football.”

General manager Kyle Walters also alluded to Lucas’ injuries, saying they “made it difficult (for him) to move forward.”