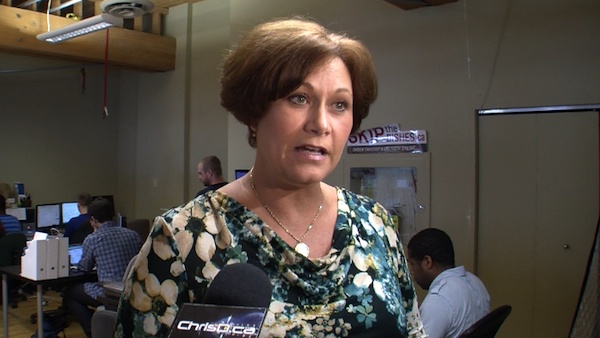 The former health minister revealed late Thursday her team has surpassed their goal of 700 new memberships.

“I’ve spent the last few weeks reconnecting with long-time members and talking to new members, having conversations about renewing our party and building a winning campaign in the next election,” Oswald said. “I’ve been truly humbled by the support of members and the dedication of our volunteers.”

Oswald made the announcement as she opened her new campaign headquarters at 11 Evergreen Place.

Oswald is running against Premier Greg Selinger and former transportation minister Steve Ashton to lead the party in the April 2016 election.

The NDP’s annual convention is set for March 8.