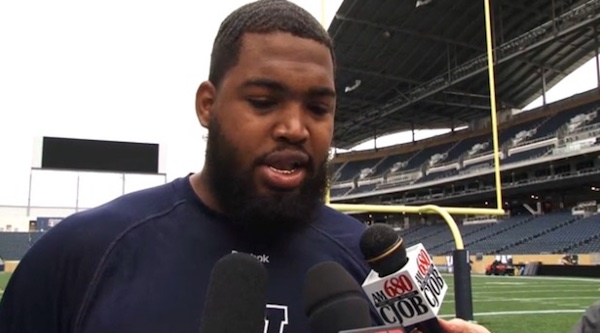 The Winnipeg Blue Bombers have re-signed offensive lineman Devin Tyler for the 2015 season.

The pending international free agent has appeared in more than 30 CFL games and started in four of those for the Bombers in 2014 before an injury.

Prior to joining Winnipeg, Tyler won a Grey Cup with Saskatchewan in 2013, playing in eight games that season.

“Devin Tyler is an athletic, tough, offensive lineman, who we were impressed with when he stepped in last season,” said general manager Kyle Walters. “We wanted to bring him back, have him work through a training camp with us and see how it plays out. He is a solid football player with CFL experience.”