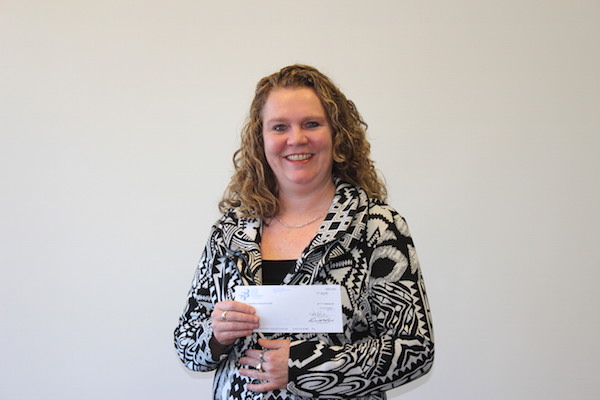 Cheryl Buus of Selkirk holds up her $1 million cheque after winning Set For Life. (WCLC)

Cheryl Buus is Selkirk’s latest millionaire after scratching her way to riches on December 31.

Buus played the $5 Set For Life ticket after purchasing it from The Marketplace in the city.

“I kept reading the back over and over to see if it really was a winner — I started thinking maybe I actually needed four symbols to win,” she said in a release. “It was exciting. My daughter and I were jumping up and down.”

Buus opted for the one-time single payment of $1 million over the $1,000 weekly prize for 25 years.

She plans to pay off her mortgage and do some travelling with her winnings.