Bisons Basketball Open Second Half of Season Against Victoria 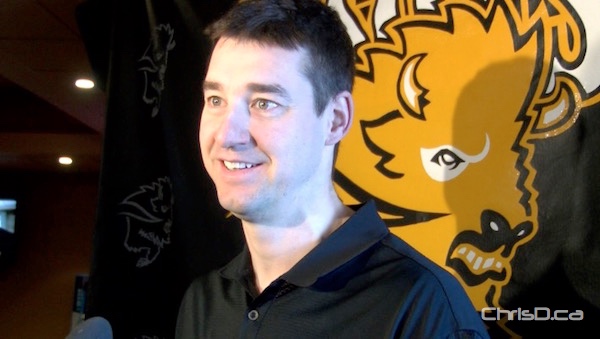 WINNIPEG — After a rested holiday break, the University of Manitoba Bisons basketball teams are back in action this weekend to start the second half of the 2014-15 conference season.

The Herd host the University of Victoria Vikes on Friday and Saturday in both men’s and women’s games.

The Bisons’ momentum slowed toward the latter part of the first half of the season as fifth year player Stephan Walton was out for several weeks due to injury. The Decatur product will be back in the lineup tonight to help the Bisons maintain their scoring lead in Canada West.

“We need to kind of push the tempo… score a little more and just tighten up overall defensively, but definitely tempo is our biggest thing,” men’s head coach Kirby Schepp said.

On the women’s side, the Bisons sit at an underwhelming 1-9 to Victoria’s 2-6 record. Robyn Eyer leads the Bisons and is tied for 18th in Canada West scoring at 13.3 points per game. Sheree Carmona-Galdamez is tied for seventh in free throw percentage at 80 percent.