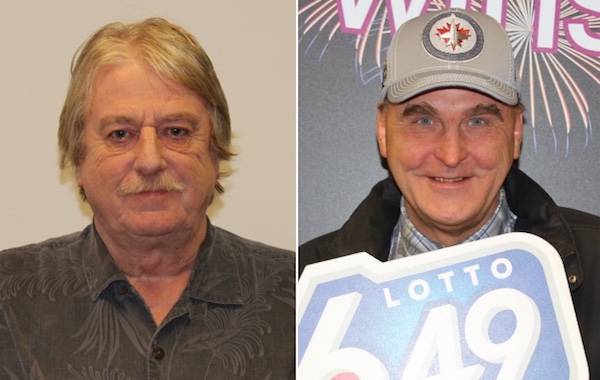 Two friends from different provinces are each $500,000 richer after splitting a $1 million Lotto 6/49 prize.

Ian Graham of Winnipeg and Gerard Millar of Edmonton have been playing the lottery together for 21 years.

Millar purchased the winning ticket from Lansdowne Petro Canada in Edmonton for the December 17 draw.

The two have been friends for more than two decades.

Graham and Millar declined media interviews to speak about their plans for the newfound windfall.