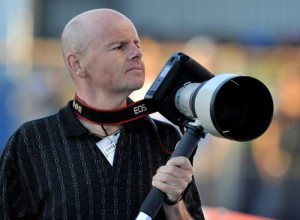 WINNIPEG — The local sports community is in mourning over the loss of Shawn Coates. He was 52.

Coates was the executive director of Football Manitoba and a staple in amateur and professional sports in the city. For the past several years, he had been a contributing photographer to ChrisD.ca for Winnipeg Jets, Blue Bombers and Manitoba Bisons games. His work also appeared in USA Today and other publications.

Coates was found deceased in his home Friday afternoon. Further details on the circumstances surrounding his death aren’t yet known.

He was previously the director of media and public relations for the Winnipeg Blue Bombers before moving over to the CFL as director of football relations. He also held positions at the University of Winnipeg and Novusoft Solutions as the company’s chief operating officer.

Always one to have a creative eye behind the lens, tributes for “Coatesy” were pouring in on social media Friday night.

He will be sorely missed.