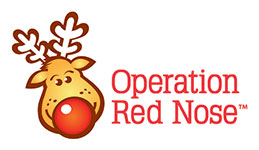 WINNIPEG — Operation Red Nose celebrated its 20th year this past holiday season by giving more than 3,750 rides across the province.

The free service operated in 10 Manitoba communities to get holiday revellers home safely with the help of 2,246 volunteers.

“Over the program’s past 20 years in the province, thousands and thousands of Manitobans have arrived home safely after their holiday gatherings,” said Judy Murphy, president and CEO of Safety Services Manitoba. “As an organization which has been dedicated to preventing loss and protecting people since 1964, SSM is extremely proud to be part of making the program a success.”

Brandon had the greatest increase in rides, nearly double their rides in 2013, which translated into more than $1,000 in donations for youth sports organizations compared to last year.