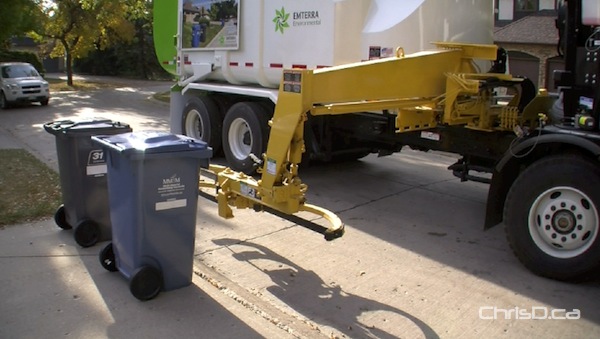 WINNIPEG — Residents could be off the hook for replacement costs if their recycling or garbage carts are damaged by a third party.

The city is considering a motion that would eliminate the fee if carts are damaged due to vandalism or accidents not related to the handling by Emterra workers.

Currently, residents are responsible for the cost unless the carts were damaged by the contractor during collection.

“This recommendation acknowledges that despite a resident exercising all due diligence to keep their carts safe and secure, there are times when carts are on the street for collection and vulnerable to vandalism and accidents from a third party,” said Diane Sacher, director of the Water and Waste Department.

If approved at a meeting on Friday, the new policy would go into effect January 28.

Replacement costs incurred by the city are estimated to be an additional $127,500 annually to replace about 1,500 carts.