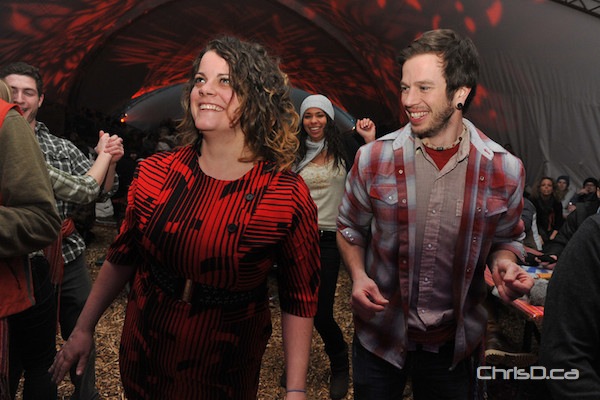 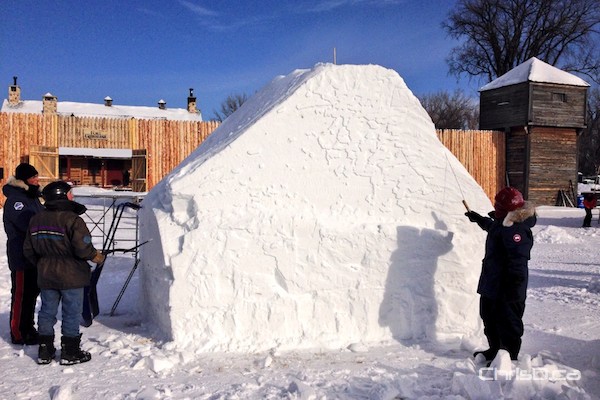 A block of snow is crafted and shaped at Voyageur Park in St. Boniface in February 2014. (CHRISD.CA FILE)

WINNIPEG — Hé ho! The exciting programming lineup for this year’s Festival du Voyageur is out, packing two frigid weeks in February with enough entertainment to make you forget we’re in the middle of winter.

Some of the headliners this year include Buck 65, Elliott Brood, JP Hoe and Moses Mayes, along with Franco-Manitoban acts Chic Gamine, Carmen Campagne, Marijosée, Ça Claque and others.

Fort Gibraltar will open its doors at night for the first time this year for Bar Gibraltar — a late night party venue in the heart of Voyageur Park. Festival-goers will be able to dance to DJs, warm up around the bonfires and take in fire jugglers. The Fort will be open February 14, 15, 20 and 21 from 9:15 p.m. to midnight and is open to all ages.

ChrisD.ca will also be giving away passes in the coming weeks.