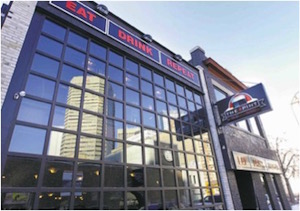 WINNIPEG — A new watering hole has opened up in the heart of the city’s downtown.

“We are not trying to be the hip or pretentious. The Pint welcomes anyone who wants to enjoy good food, watch sports, hang with friends and have a good time,” said general manager Riley Creighton. “Come down for lunch, post-work drinks, watch the game and then dance the night away late into Friday and Saturday evenings.”

The Pint moved into the Norris Block Building at 274 Garry Street, previously occupied by the former Aqua Books. Venexo Corporation and Urban Sparq Hospitality partnered to carry out the restoration of the building and transformed it into a two-level sports bar atmosphere. 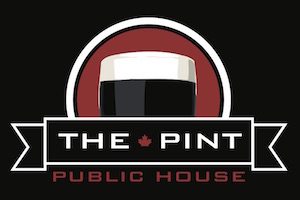 “We have embraced the building’s historical look and showcase Winnipeg’s greatest sports moments in photos taken over the years,” said Jon Sharun, managing director for Venexo Corporation. “You can even have a drink at the old Winnipeg Blue Bombers 50 yard line.”

The Norris Block is also being touted to become a focal point of the SHED (Sports, Hospitality and Entertainment District) in Winnipeg’s exploding downtown revitalization.