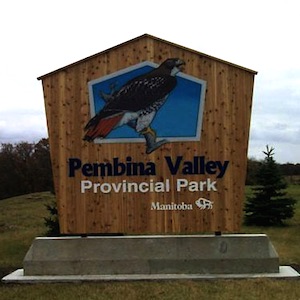 The Manitoba government is expanding Pembina Valley Provincial Park from 178 hectares of natural area to 931 hectares.

Public consultations on the park’s expansion and converting two units of the WMA to provincial park land will begin this spring. That plan would result in the park becoming five times its original size and roughly the size of Elk Island Provincial Park, Beaudry Provincial Park or a quarter of the size of Birds Hill Provincial Park.

The province hopes new recreational opportunities can be developed in the park, including a longer hiking trail and even the possibility of a backcountry camping experience along the Pembina River.