Tickets to FIFA Women’s World Cup on Sale in February 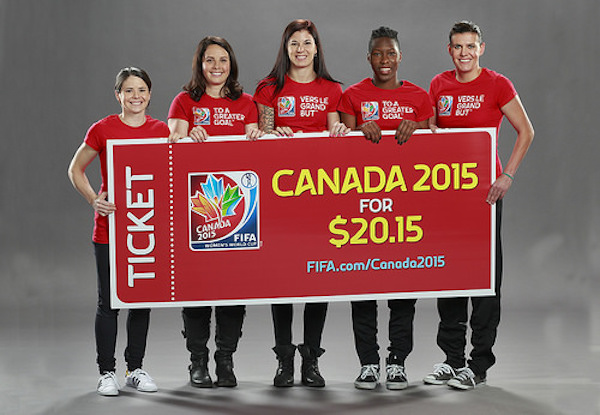 Winnipeg soccer fans will see some of the best female players in the world compete in seven games at Investors Group Field June 8-16.

Stadium pricing has been divided into four categories, with a base price starting at $20.15 up to $65 for one game. Double-headers range from $30 to $80 depending on seat location.

“We want Canadians from coast to coast to have the opportunity to experience the excitement and thrill of this incredible event. We have priced tickets to ensure they are affordable and accessible with tickets for $20.15 available in all venues for the group stage matches,” said Peter Montopoli, CEO of the national organizing committee for the FIFA Women’s World Cup Canada 2015.

Five other Canadian venues will host the tournament — which runs through July 5 — including Vancouver, Edmonton, Ottawa, Montreal and Moncton.

VISA card holders have advance access to tickets through a pre-sale beginning February 6.