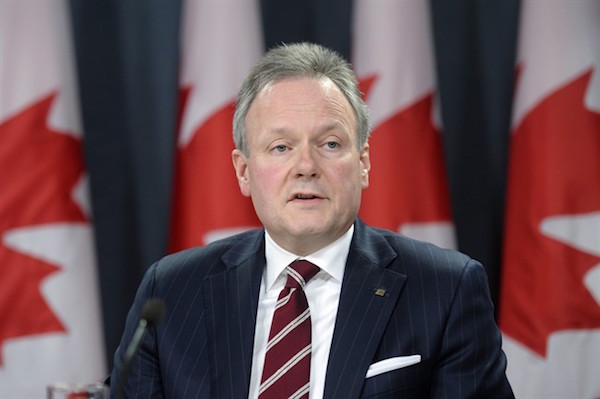 Bank of Canada Governor Stephen Poloz speaks during a news conference in Ottawa on Wednesday, January 21, 2015. The looming threat of sliding oil prices forced the Bank of Canada to drop its trend-setting interest rate Wednesday, a surprising move that shows just how much the country’s economic outlook has soured in a matter of months. (THE CANADIAN PRESS/Adrian Wyld)

OTTAWA – The Bank of Canada cut its key interest rate by a quarter point to 0.75 per cent Wednesday to soften the blow of dropping oil prices.

Here are five things to know about the announcement:

– The Bank of Canada believes low oil prices are overall negative for the Canadian economy.

– By cutting its target for the overnight rate, the central bank is trying to push down the interest rates charged by Canada’s big banks, making it cheaper for companies to borrow money to grow their businesses.

– A rate cut by the central bank likely means lower interest rates for variable rate mortgages, lines of credit and other loans based on the prime rate, likely to boost consumer spending.

– The loonie immediately fell by more than 1.5 cents against the U.S. dollar. A lower dollar makes Canadian goods cheaper for U.S. buyers, helping to stimulate exports but increasing the cost of imports.

– The Bank of Canada used a estimate of US$60 for the price of oil in making its decision. Oil is trading below US$50 today. If oil stays where it is the central bank expects the economy to grow even slower than it has forecast.