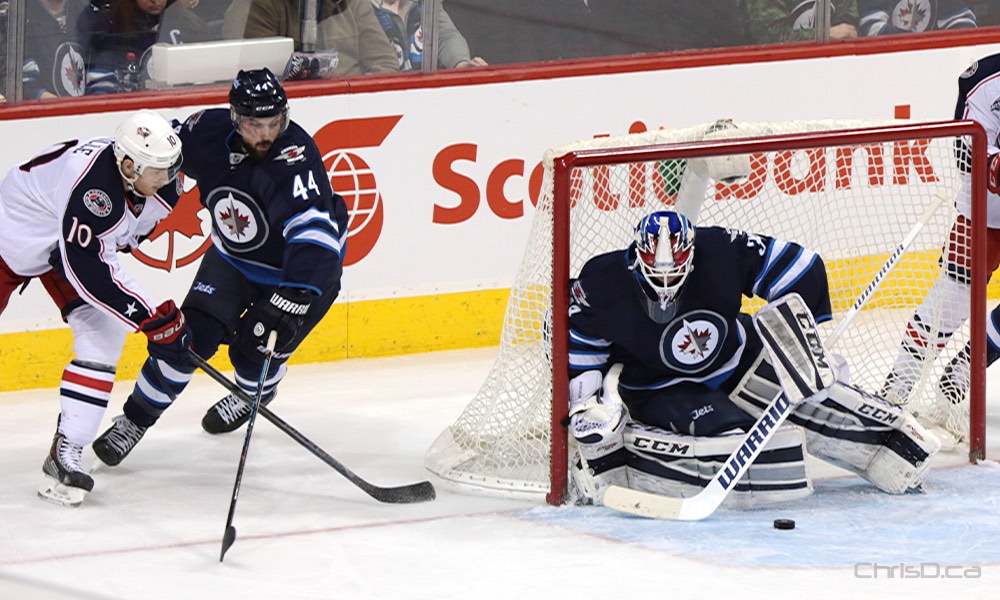 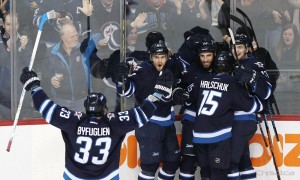 WINNIPEG — The Winnipeg Jets scored on their first two shots on goal Wednesday night, rolling to a 4-0 victory over the Blue Jackets in Columbus’ only visit to MTS Centre this season.

Rookie netminder Michael Hutchinson showed flashes of brilliance in his 29-save night — recording his second shutout of the season — including 14 stops in a flurried opening 20 minutes.

“It’s the performance that we were looking for,” said Hutchinson, now 14-4-2 personally on the season. “Last couple games we’ve played a little bit out of our system and gave up a few more scoring chances than we’re used to. Tonight we just went back to the way we can play and we played solid defensively.” 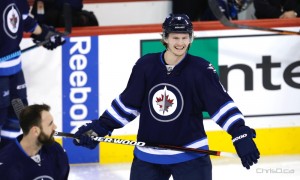 “And we were opportunistic. When we got chances to score we were able toy find the back of the net.”

First period goals from Blake Wheeler and Evander Kane, followed by second period markers from Jim Slater and Chris Thorburn worked to hand the Jackets a fifth loss in their last seven games, while the Jets extended their season-high win streak to five.

“Our team’s been resilient with this kind of stuff all year long,” said Wheeler of Winnipeg’s hellacious schedule headed into five days off with this weekend’s All-Star break in Columbus. “I was happy with the way we came out. We’ve just been ready to play all year.”

“Just to come back recharged, I think that’s the biggest key. Our battle, our compete, that’ll all fall into place.”

“Rest… We talk about it, in the coaching staff, like we’re tired,” said Jets bench boss Paul Maurice. “After that stretch, seven (games) in eleven (days) you get a little exhausted. I can’t imagine what the players were feeling.”

“So this is all about rest. This is going to be a very intense push (for the post-season).”

Winnipeg (26-14-8) continues to sit securely in fourth place in the Central Division with 60 points, behind Chicago (62), St. Louis (62), and Nashville (65). They hold the top Western Conference wild card spot, seven points ahead of the Calgary Flames.

Sophomore defenceman Jacob Trouba returned to action Monday after missing 16 games due to a suspected wrist injury that he clarified earlier in the week was not surgically repaired. Trouba finished with an assist on Slater’s goal in 20:16 of ice time, while also logging minutes on the Jets power play and penalty kill.

Winnipeg now breaks for All-Star Weekend, with defenceman Dustin Byfuglien representing the Jets. The 29-year-old is fresh off being named the NHL’s First Star of the week. The Jets return to action with a two-game road trip through Pittsburgh and Philadelphia on January 27 and 29.