Home » News » Panel Falls from Side of Winnipeg Office Tower

Panel Falls from Side of Winnipeg Office Tower 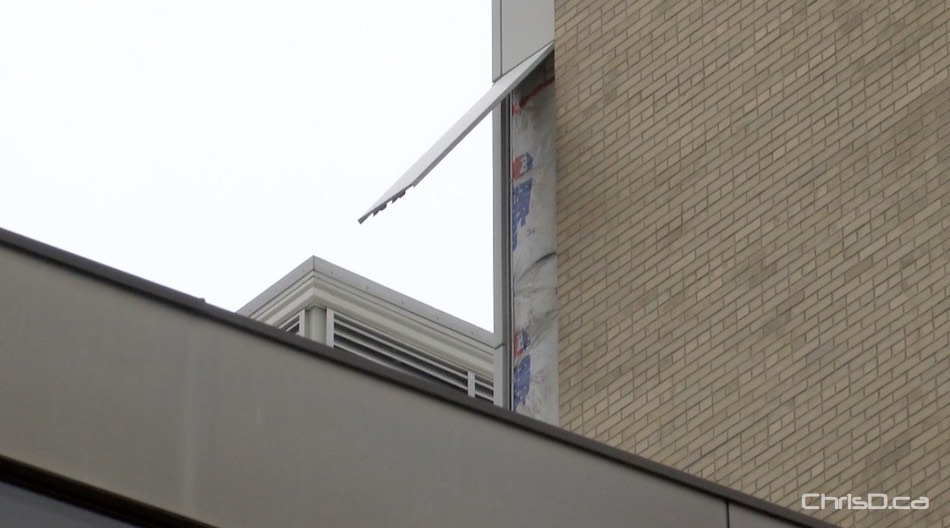 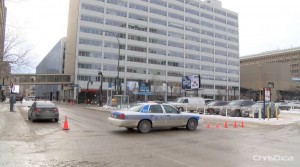 A stretch of Garry Street was closed Thursday afternoon after strong winds ripped off wall tile from a downtown city-owned office tower.

An aluminum panel blew off the former Canada Post building at 266 Graham Avenue, where it eventually landed on the sidewalk below.

As a safety precaution, police cadets closed Garry at Graham to vehicles and pedestrians until a crane could be called in to help reattach the material.

A second panel could be seen dangling from the building as strong winds kicked up on an otherwise mild winter day.

The building is currently undergoing renovations to be transformed into the new headquarters for the Winnipeg Police Service.