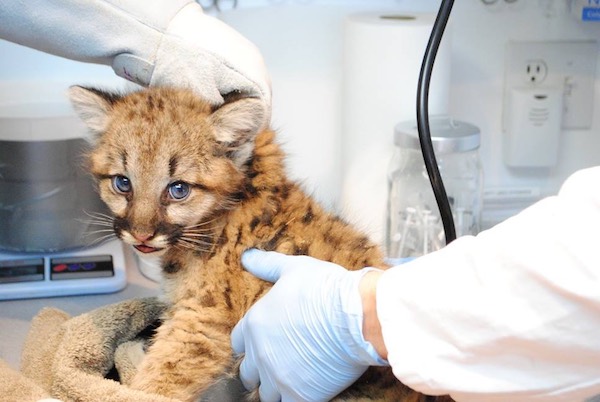 A rescued female cougar cub from Alberta is now on display at Winnipeg’s Assiniboine Park Zoo.

The four-month-old cub arrived to the zoo in early December from the Calgary Wildlife Rehabilitation Society after she was found orphaned and struggling to survive.

“We’re very pleased to have her on exhibit on a temporary basis so our visitors have a chance to meet her,” said Dr. Brian Joseph, director of zoological operations at the Assiniboine Park Zoo.

“However, we are looking for a home for her at another zoo where she would hopefully be able to participate in the Species Survival Program and help educate people on the cougar species.”

Winnipeg’s zoo is already home to two adult cougars, therefore placing the newest cub in a temporary exhibit at the north end of the zoo next to the snow leopard enclosure.

The public can weigh in on choosing a name for the cub by visiting the zoo’s Facebook page. The first phase of the poll — soliciting name suggestions — will close on Sunday, January 25 at 11 p.m. The voting phase will open Monday at 11 a.m. and close Thursday, January 29 at 11 p.m.